Today is 20th January 2017; an historical date in the making

If you love dolphins, today is a black day too as the infamous cove in Taiji – Japan has over 200 & awaiting their fate (a life of captivity or being killed for food)

Perspective is what will make a black day for some, and a wonderful day for others

The colour black often generates an impression of doom and gloom (unless you are a Goth, then black is the only colour)

Seriously though, let’s have a closer look at the colour black and why it is found is some tarot cards. Let’s discuss the Rider Waite tarot as it is widely available worldwide.

Black represents nothingness and chaos. Symbolically the colour of mourning and Death

Black is also the colour of mysteries, the night, the intuition, the unknown, the primitive instincts and the unconscious

In Christianity, black is seen as the colour of renunciation of the vanities of the world (black being traditionally the colour of the devil and temptation), hence the black cloak of priests and nuns.

In ancient Egypt, black was seen as the colour of fertility because it was associated with the womb of mother earth

Black is also linked with evil (yep the Devil card) or what Jung calls our dark shadow.

Black represents horribleness and disaster, we used terms like black magic, blackmail, black market etc. to emphasise the ideas of forbidden deeds or evilness…..the Devil card often indicates all the excesses our human nature is capable of (sex, drugs and rock and roll kind of thing).

Colour black in the tarot

The Devil card in the Rider Waite is depicted with a black sky emphasising the idea of chaos and evil, notice the couple chained as they have surrendered their free will to the Devil.

Although a dramatic card, the devil is not about hairy monster hidden under the bed, but rather a card showing that sometimes we are imprisoned because of fear, or beliefs and we do not realise that we can walk free and ditch the wrong love, the wrong job, the wrong people and move on!

Another card, The Tower talks about chaos and disaster with a menacing black sky and lightning destroying the ego.
The card which influence the Tower (number XVI) is the Devil (number XV).

The free will that could still be used with the Devil is now totally redundant and the Tower will act as a messy spring cleaner, removing the illusion found in the Devil.

A skeleton with a black armour and a black banner is also found in the Death.Card.Although bearing a name which makes people uncomfortable, the Death card is actually showing that a cycle has come to an end, and it is time to embrace the new and to move on.

The skeleton with his black armour could be seen as a knight in shining armour, rescuing the damsel in distress (you) and taking you away from a situation which is stagnant (the card before Death, is major arcana 12, the Hanged Man).

In that respect, the colour black is about the mysteries of what may come, our primitive instincts (we are creatures of habits and sometimes changes is very unwelcome) and our strange anxiety about the unknown!

The five of cups (Rider Waite) shows a figure in mourning, wearing a black clock, showing us that sometimes we can be stuck in our own feelings instead of looking to the future.

I call this card the drama queen of the tarot as sometimes we feel so wrapped up in our emotions and feelings (like the figure with the black cloak) that we have forgotten a simple fact, each situation is a moment in time, nothing stay forever (good or bad) and changes always come. Something or someone may have been removed from your life, but it is the cycle of life. There is hope for the future (the two cups behind the figure) and time to look at some colours and ditch the black 😉

Professional tarot reader Experienced tarot teacher and tarot tutor. Love, breathe and feel the Tarot :) Tarot and kitties, animals, the environment are some of my passions :) View all posts by Oephebia

11 thoughts on “Colour black and the Tarot”

Join 78 other subscribers
Follow Tarot and Kitties by Oephebia on WordPress.com 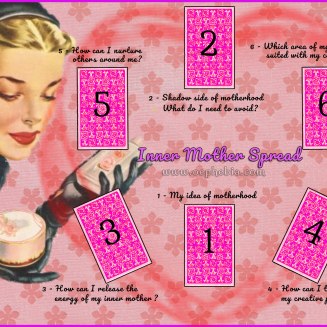 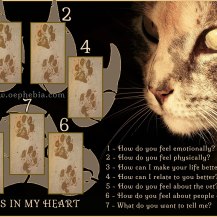